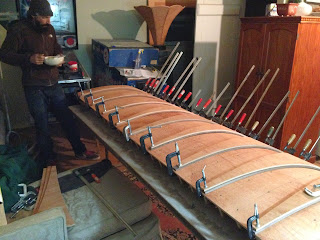 Somebody put it better than I could. 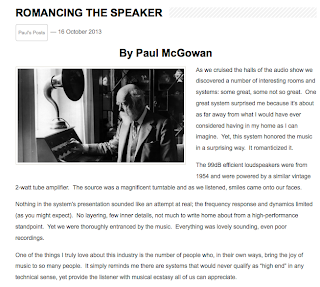 We may not all hear or like the same thing but music is universal. 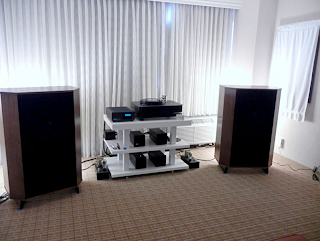 The show is still a blur to me but I was very happy with the sound and presentation.  I particularly like this pic posted by Kuma over at audio asylum.

'twas the night before RMAF setup.


and dave can't sleep.  All the goodies are working....  enough of that.

here are some pics of what I'll be flying with. 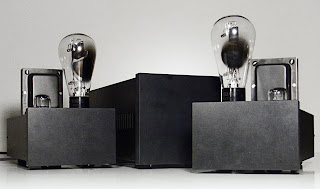 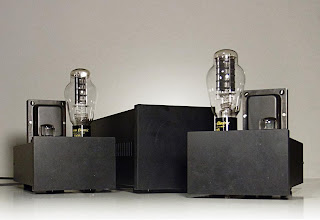 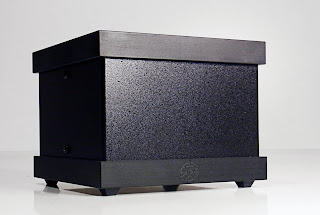 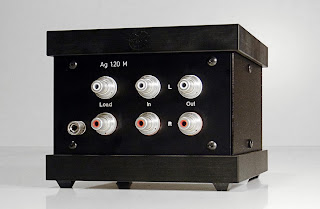 Finally the miniformer... in silver with a mocha front. 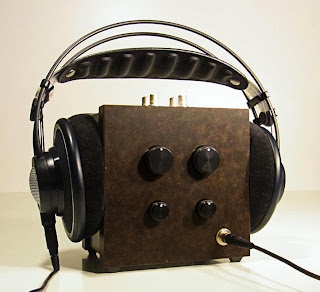 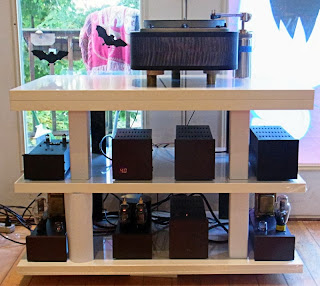 OK... you may ask where the hell have JJ and dave been... Well getting ready for the semi-official EMIA launch.  We teased you with the LC-1A's and here is some more of the story.  Up in the room (9009) we will be teaming with Win and his Saskia.  Fitted with a Schröder Reference and a Schröder LT.  Cartridges will most likely be a Kansui and a Panasonic Strain gauge.  Step ups will be silver and copper.  Both the Emia Phono and the Strain Gauge will be available to feed a pair of silver Autoformer Attenuators.  The amps will be the new permalloy 50/300B convertible amp.  Tubes will range from globe 50's to the new EML50 and WE 300B's.  Chris from Tel-Wire will be on hand to make sure the wires are bespoke. 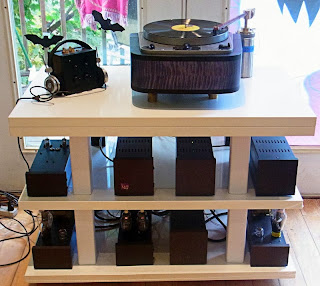 As you can see there is a grease bearing 301 on the rack at the moment.  That is for the table downstairs where we will also be spinning some tunes through headphones.  The 301 will have a Siggwan arm mounted and will probably be using a 103R retipped by newcomer Andy Chong. 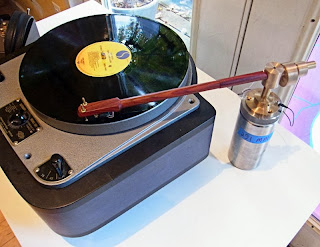 Silver and copper SUT's will be available as well as the new "mini-former" headphone alternative in both silver and copper.  The cans will be a very special pair of Grado HP-1000's because they were Sid Smiths personal pair that he used to design and voice the RA-1 headphone amp he designed for Joe. 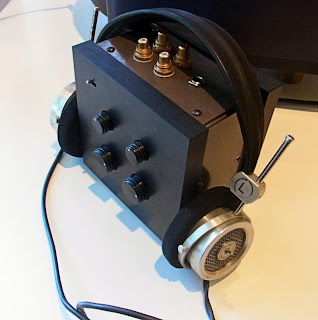 Design genius and all around good guy John Chapamn will be down at the table with me with some new toys of his own.  The opti-load is a remote controlled load resistor which we can demonstrate through phones and what would a show be without Blackman Brew?  As I type, 96 Blackman are heading up to Denver.  The booth will also have an Audio Deske cleaner to keep our vinly clean so bring music.  Finally lets not forget Thai food Friday night after the meet and greet at Garcias.

Posted by dave slagle at 9:55 PM No comments: