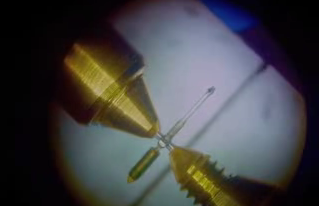 I thought things were getting a bit out of control when I was seriously considering mounting a microscope on my lathe.  Never mind that I am attempting to keep 0.01mm precision and doing other silly things like spending $16 on a 0.2mm diameter cutoff wheel for a dremel. 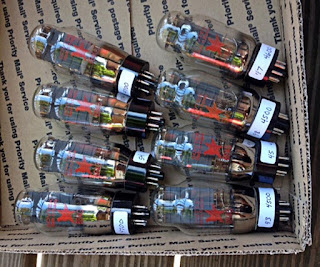 The old "Big Amorphous" cores have been downsized.  They were perfect for a 10W from a 300B or a 75TL but the requests for 20W at gobs of current keep coming in.  Sure I can gang up multiple cores or add an offset winding but the winding window gets small quick. 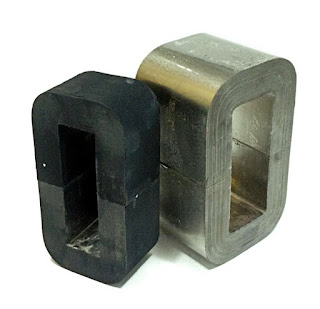 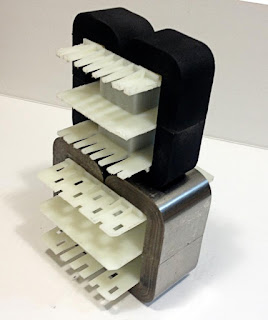 The new option takes up a 6" cube and stay tuned to see what gets built from them.
Posted by dave slagle at 8:41 AM 4 comments:

Not everybody has all kinds of room to dedicate to audio and one of our friends put this together. 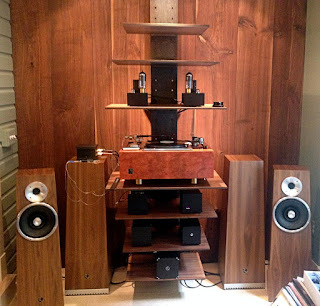 I really like the way things are laid out and the use of steel and wood for the rack. 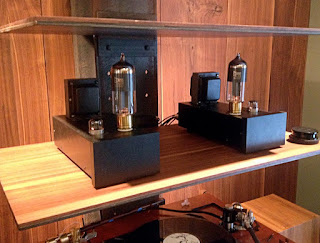 Back and recovered from the Capital Audiofest.  This year we continued to bring things that were different and had no possible chance of selling.  This time the main difference was presentability. 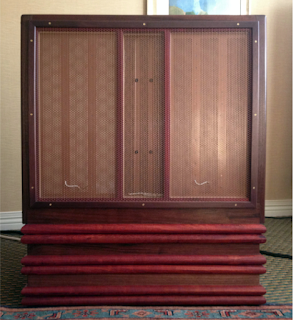 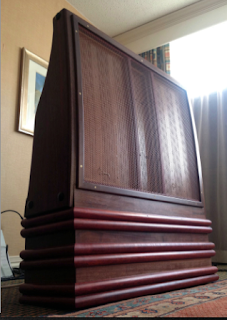 I'll admit it looks a bit like a late 90's projection TV but there is a reason for this look.  Once you step around back you see the 'direct drive' power amplifier neatly tucked into the base. 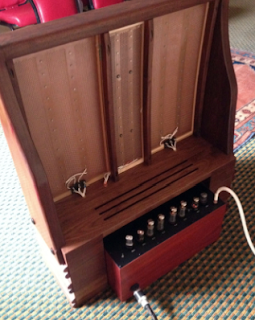 For this round it was Push Pull triode wired EL34's and while this isn't technically a "direct drive" amp,  I have not come up with a better term.  The two interesting Key points are the panels are biamped through discrete step up transformers loading the EL-34's and the crossover is in the amplifier circuit allowing the transformer direct connection to the panels. 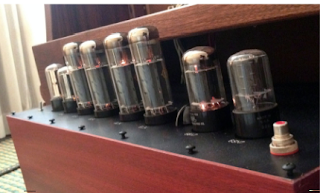 The cabinets are Walnut with some bloodwood inlay and there are a few other tricks going on inside. 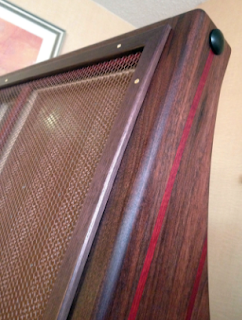 The two biggest comments at the show were along the lines of 'I thought quads didn't have any bass' and 'who says quads cannot go loud'.  It was mentioned on some of the forums that we only seemed to play things that showed off these two points and neglected to play the girl on a stool with a guitar that quads are known for.  Oh well... we can change that for RMAF.  Check out what Herb has to say at the link below.

Herb on the ESL