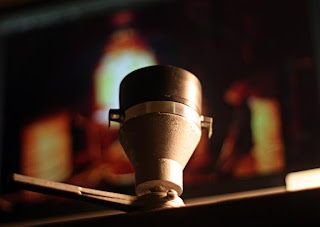 I hate paperwork!  Last Thursday (4-14-2011) Jeffrey Jackson made me mad... no he made me angry when a box of toys from Memphis showed up on my doorstep.  Unfortunately, on that day my plate was full with keeping Uncle Sam happy so the box sat unopened as I crossed my eyes and dotted my T's to comply.

As I was finishing up the Federal part I was seriously considering the extension route when the phone rang.  Johnny and Bob were starting to play with the original Lowther field coils and as we chatted and I explained my pain, Bob said we have until the 18th this year.

Google confirmed it and I have to laugh at the irony of Emancipation Day coinciding with Tax Day.  Irony aside, early the next morning I busted into that box and played.  Here I am a few nights later with something real to show and because of it, I'll probably end up going the extension route tomorrow.

Of course I owe and will be penalized for not paying on time, yet somehow the fact that I will be paying more in tax and penalty than GE did this year will make me sleep well tonight.